Why? When an adult asks what you eat on the trail, and you say, “Pop-tarts and Snickers,” they tend to groan and look away as though the very idea of so much sugar is shameful. (Or maybe they’re just jealous; who knows?) But when you tell a gathering of sixty third-graders about your trail diet, they literally squeal in excitement.

Last week, I had the privilege of showing my gear to two third grade classes at the school where my sister teaches. She had had them write letters to me before I left, so I needed to pay them a visit, and besides, it was state testing week so they all deserved a brain break.

“What do you think you would take for a backpacking trip?” I asked the sixty 9-year-olds before me.

Several enthusiastic hands shot up. “A tent!” one called out. “Firewood!” another said. “Food!”

“All great ideas,” I said. I then showed them my tent, told them about the Pop-tarts, and showed them my stove–which is much lighter than firewood. We then pretended there was a freak thunderstorm and dressed one of the kids up in rain gear. Another one got to test my sleeping bag, and affirmed that it is, in fact, very warm.

“Miss Andrea, what do you do about animals?” one girl asked.

“They usually don’t want to see you,” I explained, “so I just try to make a lot of noise and be alert for them.” They looked very disappointed at this answer, so I added, “Of course, I did hear two rattlesnakes, and I didn’t like that very much.” I have never felt cooler in my life.

We finished the presentation by passing around my compass and a stuff sack. These items aren’t really that special. The stuff sack is just a bag of some special material that, frankly, I don’t know the benefit of. I probably wouldn’t even have it if it hadn’t come with my pack. But they all thought it was amazing. 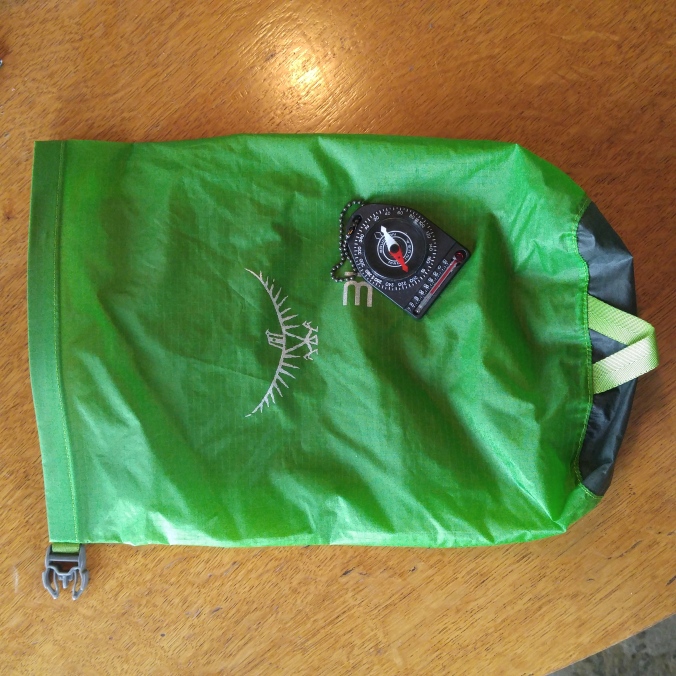 After I left, my sister asked them if they’d ever seen that sort of gear before. It was the first time for at least a third of them.

When I had those items back, and had demonstrated my ability to set up my tent in 2 minutes 30 seconds, it was almost lunchtime for the kids.

My sister leaned over to me. “Would it be okay if they tried on your backpack?” she asked.

Considering that item is built to withstand thousands of miles of hiking, I figured it wouldn’t be a problem to let a few third graders put it on. They quickly formed two eager lines, and we spent the next few minutes putting the pack on each kid’s shoulders.

And what did they all say?

As my dad would say when we were being facetious children, “Why, you rotten little kid…”

It did get me thinking, though, about the lack of access to hiking that many kids grow up with. So, fellow bloggers/readers of blogs, here’s a question for you: What is something we could do to show kids the awesomeness of hiking? I’d love to see your ideas in the comments, because it’s a question that’s been on my mind a lot lately.

3 thoughts on “Backpacking for third graders”

Back in the day…